(641) 585-2092
Send us a message
Navigation Menu
You are here:
Home AnDa Union performs at Community Concert 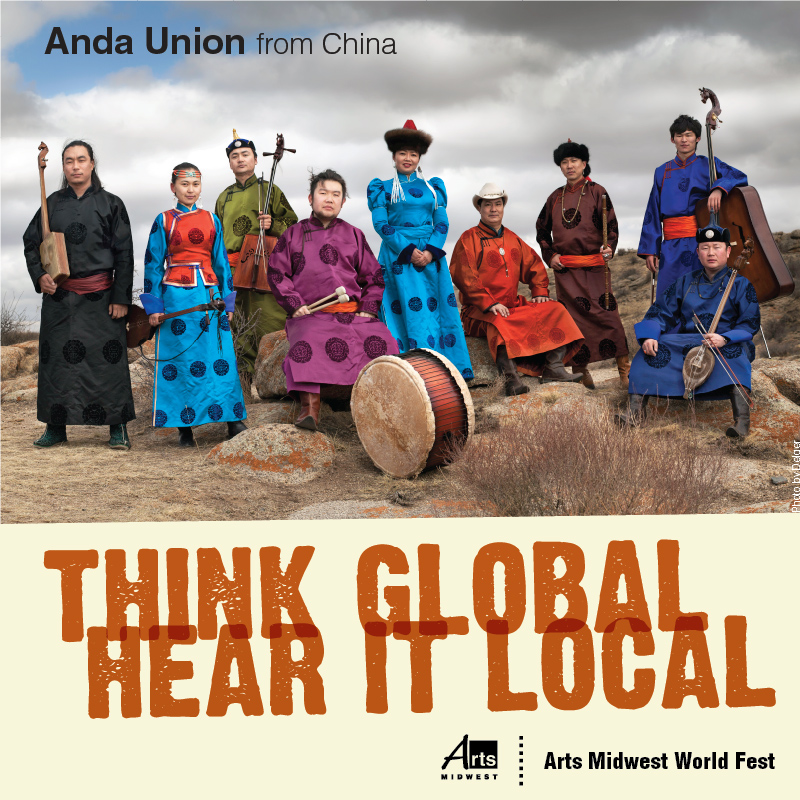 Anda Union will perform in Forest City on February 23, 2017 at a Community Concert at Immanuel Lutheran Church.

Anda Union, a world-renown ensemble from China’s Inner Mongolia, will be in Forest City February 20-25, 2017, as part of the Arts Midwest World Fest.

Anda Union’s music comes from the vast grasslands of Inner Mongolia where various ethnic nomadic tribes have lived for centuries.  Anda’s music includes a fascinating combination of instruments, like horsehead fiddles, and vocal styles, like throat singing, in a performance that Genghis Khan himself would have been proud of.  Formed in 2000, the nine-strong band unite tribal and music traditions from all over Inner Mongolia.

The public is invited to a community concert on Thursday, February 23 at 7 p.m. at Immanuel Lutheran Church in Forest City.  This performance is part of Waldorf University’s Community Artist Series.  Tickets will be available at the door, or can be purchased prior to the event at the Forest City Chamber of Commerce or Waldorf University’s Music Department. Ticket price for adults is $10, and youth are free.

“Forest City is fortunate to have Ando Union, and the prior artists with the Arts Midwest Fest Partnership, come to our community,” said Waldorf University President Bob Alsop.  “It’s not often smaller communities like ours have the chance to host international ensembles at all – let alone a full week.  The music and culture Anda Union will share is so different from what we normally experience.  You won’t want to miss this incredible opportunity,” Alsop said.

Arts Midwest, one of six U.S. Regional Arts Organizations, partners with program sponsors like The National Endowment of the Arts and the 3M Foundation to cover a substantial portion of the program costs so that communities throughout the Midwest can enjoy this experience.  “Forest City was selected as one of only nine Midwestern cities to host the Arts Midwest World Fest and is the only partner community chosen in Iowa.  It’s a real honor to be part of this program,” said Alsop.